The Ballaragh Spiral Stone, found by the old road through the Abbeylands of Lonan, has curved or spiral lines of much the same type as those on the group of standing stones, called the ‘Calder Stones,’ at the entrance of Calderstones Park, near Liverpool. Though less elaborate, they seem to be of the same type as the carvings at Dowth and New Grange, in the Valley of the Boyne in Ireland and they probably belong to the same very remote period. 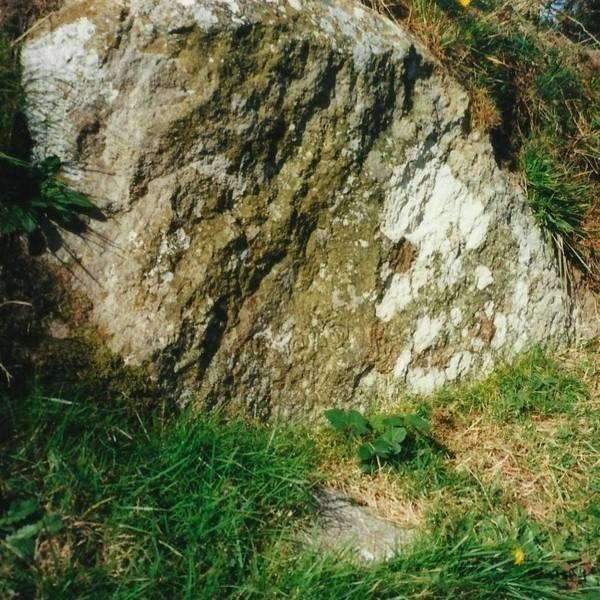 The photos I’ve looked at on the web are mostly 10+ years old and it’s difficult to actually see the spiral details though they appear rather worn. The location looks a bit dodgy in that it’s right on the road and up the bank so awkward to stop and view it without someone keeping a lookout.

Here are a couple of the photos I found courtesy of Megalithic http://bit.ly/1U4cfJW.