Though only part of the mound remains, it is probably a Bronze Age burial site which was reused for Christian or pagan inhumations in the medieval period; its name though comes from Old Norse and suggests a possible place of execution and burial.

The most famous execution on Hango Hill was that of the Manx martyr, Illiam Dhone (William Christian), who was shot by firing squad in January 1663 for his part in the Manx Rebellion. 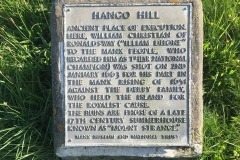 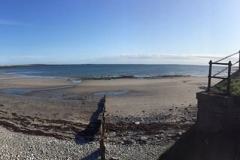 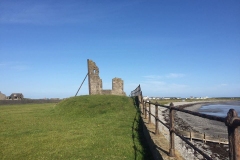 The ruin we see on the summit is the remains of a summer house built in the late 17th century by the then Lord of Man, Charles Stanley, and not many years later, the site was used as a gun battery during the War of the Spanish Succession.

(source: A Guide to the Archaeological Sites of the Isle of Man up to 1500 AD by Andrew Johnson and Allison Fox; photographs by Ber Weyde)