Built on a site which has been used for religious purposes since the earliest times, Old Kirk Braddan was rebuilt in 1774 and was never re-ordered in Victorian times.  It contains its original box pews, gallery and a “three-decker” pulpit, with a lectern, minister’s pew and pulpit above. It now houses several Celtic and Norse crosses from the period 800-1265 CE, which were found in the parish. The church is still used occasionally for worship. It is entered in the Protected Buildings Register, and maintained by the Friends of Old Kirk Braddan. It was featured in a 35p Christmas stamp issued by the Isle of Man Post Office in 2010.

The old churchyard was full by 1848, and was formally closed for burials in 1921.

The new church, which was built virtually next door, was completed in 1876 and is still the parish church.

The mother church of Douglas set in a beautiful wooded valley by the River Dhoo. The churchyard is full of Georgian head-stones and dominated by an obelisk designed by Steuart to Lord Henry Murray. Tower, 1773. Interior high pews, galleries, clear glass and monuments on walls.[JB] 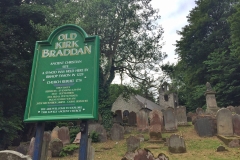 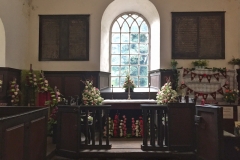 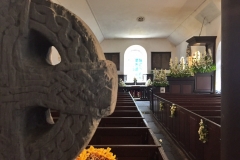 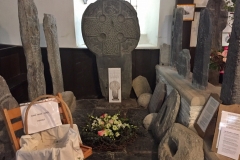 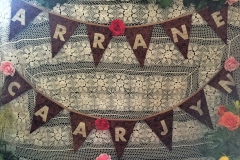 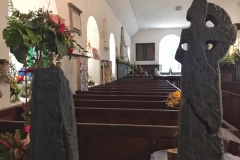 (source: text from Gumbley and A Manx Notebook; photographs by Bernadette Weyde)