The transition in the Viking world of pagan beliefs to the final embrace of Christianity is depicted on this stone. The Vikings brought pagan religion to shores already believing in Christianity and for a short time, both creeds co-existed, but eventually Christianity won.

One side of this stone shows the Norse god Odin being devoured by Fenrir the Wolf at the Battle of Ragnarök – the fight against evil and the end of the world for the Norse deities.

The other side is filled with Christian sybolism – a figure holding in one hand a cross and in the other a book, possibly a copy of the gospel. There is also a fish, a well-known Christian symbol and knotted serpents witness the triumph of Christianity over the Devil by treading on adders or bruising the serpent’s ehad.

This stone is not only a ‘page-turn’ from pagan to Christian beliefs, it also has the rarest of things – the name of the person responsible for it. Down one side, written in Norse runes is the inscription:

This Cross, along with 10 others resides at Kirk Andreas Church and they date from the 7th to the 11th centuries. 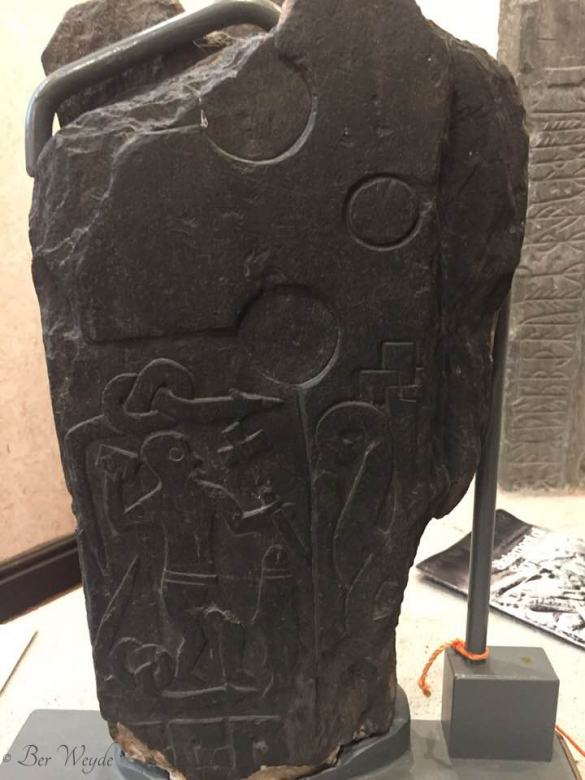 The Buggane of The Smelt