Known as ‘the Hump’, this tumulus was recorded in 1930 as being 15 yards in diameter (13.7m) and 8 feet high (2.4m). It sits in a beautiful setting at Ballaleece and is in a field north of the farmhouse at the top of a rise watched over by Slieau Whallian and with views to the west and Corrin’s Tower.

Now fenced off to protect it and with gorse shielding everything, unfortunately there was little to see of the tumulus itself but Dr Rachel Crellin recently wrote this about it:

‘At The Hump, Ballaleece – excavations in the 1930s revealed a burial mound containing at least 3 cists. The mound was constructed from alternating layers of sand and gravel and surrounded by a kerb of large stones. The records suggest that found within the material making up the mound were at least 6 stones with cupmarks on them.’

The tumulus is on private land and was visited with kind permission of the landowner. 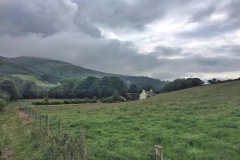 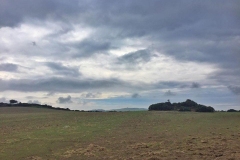 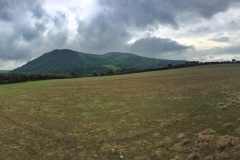 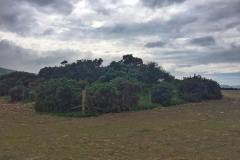 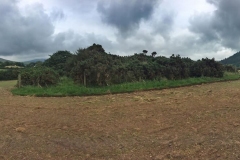