In older times on the Isle of Man, for the majority of people marriage was ‘until death us do part.’ Divorce and separation were not lightly regarded nor much sought after, though the church that married a couple would, on rare occasions and when circumstances justified, divorce them.

Wife beating used to be a very uncommon thing on the Island and it was reckoned a disgrace to any man who was mean enough to beat his wife but when the people had had enough of a wife-beater, a rough justice was meted out publicly which was known as:

putting a man on the ‘stang’.

The male members of the community who disapproved of such a man’s behaviour would use a barrow or take a gate off its hinges, lay the offender on it and carry him to his own house, beating him with sticks, mocking him and calling names all the way, and there deliver him to his wife. In earlier times on the Island the ‘stang’ was literally a pole on which the victim rode, but other more easily accessible forms came into use and in the case of using a gate in particular, it had the advantage of requiring more men to carry it and so enabled a larger number to express their disapproval.

The original tradition probably came to the Island through Norse culture, where behaviour such as wife beating was viewed as a very unmanly thing to do. There was a deep social stigma attached to various acts of ‘unmanly behaviour’ and a man was seen to have lost his honour for such actions. Known as a Nīðing (pron. nithing), this title showed his place in Viking society was now lower than those around him.

Níðings were heavily scolded. They were shouted at in their faces in the most derogatory terms, as it was believed a man must be under a spell to act in such a way and that the scolding would break the concealing seiðr spell and thus force the man to give way to his true nature.

Besides using words, scolding could also be performed by disapproving and contemptuous visual portrayals, especially by so-called níðstangs or nīthing poles. These were usually single poles with a carved man’s head, on which a horse or a horse’s head was impaled and as well as scolding they were also used for cursing an enemy. 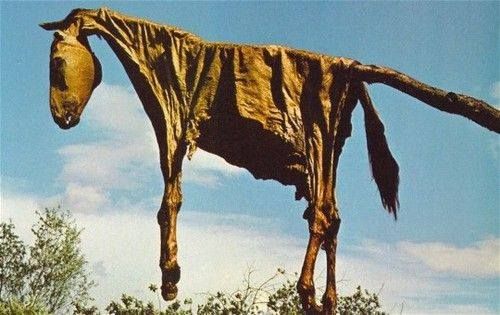 In Iceland where it is thought the tradition has continued unbroken since the settlement of that land, there are modern examples of a nīþing pole being raised. A notable example from 2006 happened when a farmer in Bíldudalur raised a pole with a calf’s head attached against another local man with a note attached to the effect that he would not rest until the man was either outlawed or dead. The reason the nithing pole was raised was that the man had run over the former’s puppy.

Also in 2006 a local politician in Norway raised several sheep-head nithing poles in protest of a local election and something similar to a nithing pole, called a vindgapi, where dried fish head are used, was raised during the April 2016 demonstration against Icelandic prime minister Sigmundur Davið Gunnlaugsson. 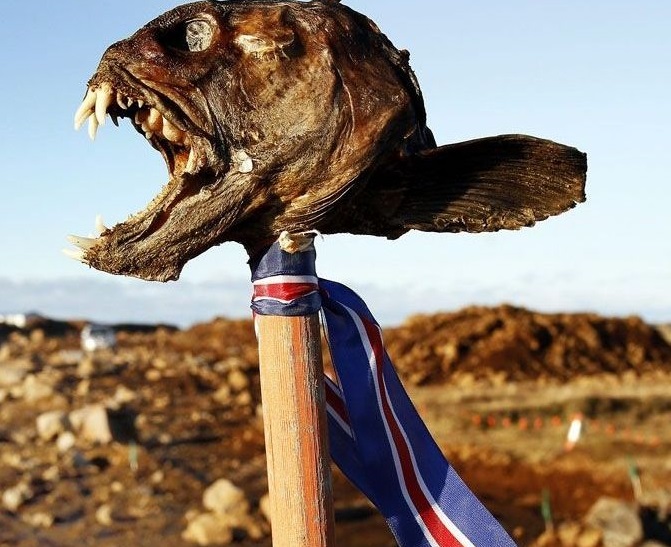 A ‘vindgapi’ used for cursing in Iceland. Link to further reading below.

(source: Manx Notes & Queries (1904) by Charles Roeder; The Folklore of the Isle of Man (1975) by Margaret Killip and wiki; photographs are from pinterest and this blog)

A Gift to the Manx Nation & the Maddrells of Ballahane