The Monks’ Bridge is a narrow 12th century packhorse double-arched bridge paved with quartz cobbles which spans the Silverburn river immediately north of Rushen Abbey and adjacent to the mill race.  It is also known as Crossag Bridge, ‘crossag’ is from ‘crosh veg’ meaning ‘little cross’.

Apart from some repairs it is probably very much in the same state as built by the Cistercian monks.

The bridge is on the ancient Royal Way between Castletown and Ramsey – most of which now forms the basis for the Millennium Way. 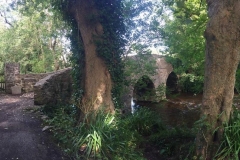 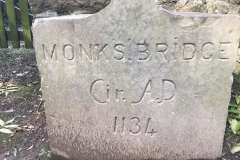 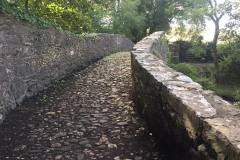 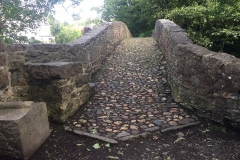 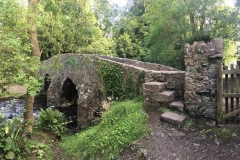